Sensors with dual occupancy detection technologies are commonly used for lighting control in spaces where motion is limited or where line of site is obstructed. Referred to as “dual tech”, these sensors utilize Passive Infrared (PIR) technology for detection of occupant motion wherever line of site is available. When obstructions that block the sensor’s line of site are present, the sensor uses secondary acoustic technology to detect sounds made or caused by occupants. For example, areas like bathrooms with stalls and open offices with cubicles are both challenging to effectively control unless using sensors with dual technology detection. Applications like classrooms and private offices where occupants may be sitting (i.e., limited motion present) for extended periods are also better served by using dual tech sensors with the secondary acoustic detection. Without dual tech detection, many additional PIR sensors would need to be added to these challenging spaces to achieve effective sensor performance. This means extra cost, both for material and installation. While dual tech sensors look the same as PIR only sensors, internally they are much more complex and have increased power requirements.

Traditional wired occupancy sensors are offered with both single technology (PIR) and dual technology (PIR/acoustic). A space’s size, shape, presence of obstructions, and how it is used typically determines which style (single or dual tech) of sensor is recommended and most cost effective. In applications where running wires can be difficult or cost prohibitive, wireless battery powered sensors provide a great alternative. Wireless PIR sensors typically can be applied in the same locations as wired PIR sensors, making it an easy substitution effort when changing over a wired design to use wireless. However, changing a wired dual technology sensor design over to wireless has not been easy due to battery life expectations… until now! 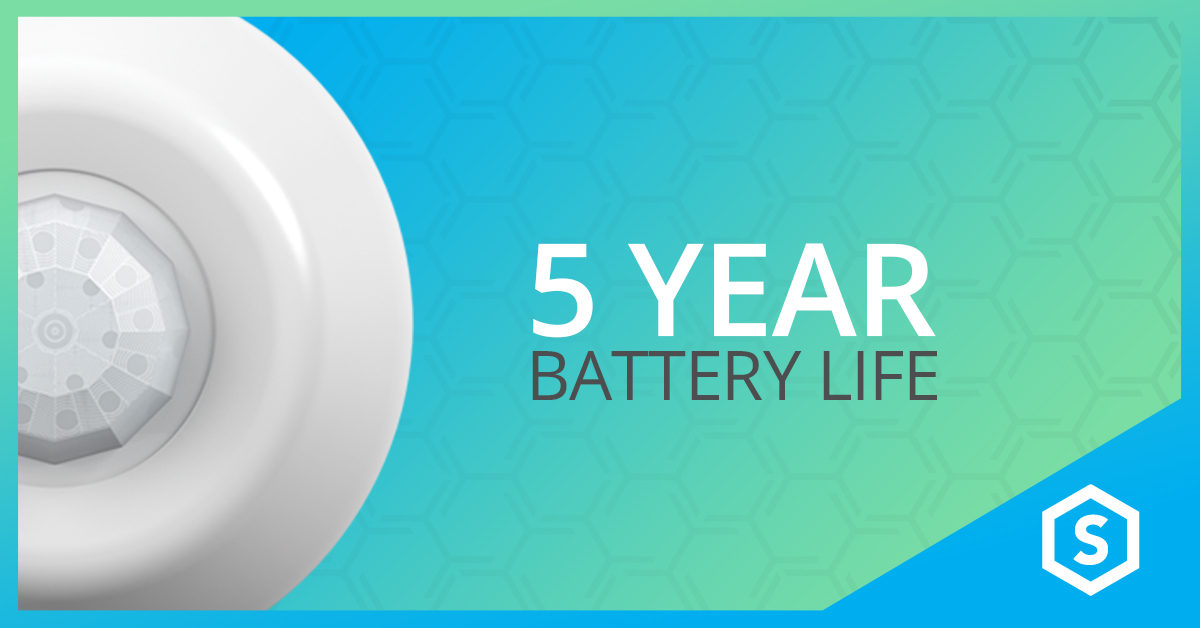 SENSORWORX has solved the ultra-low power challenge of integrating dual occupancy detection technologies (PIR and acoustic) into a wireless sensor with a single replaceable battery, all while maintaining a battery life of at least 5 years. Now wireless lighting controls can be applied in the same manner as wired controls and with the same high level of performance in challenging spaces like bathrooms with stalls and open offices with cubicles.